I've been thinking a lot about this whole "special needs parenting" business lately. I've had friends say to Jesse and I that they don't think they could do what we do. I catch the tilted head smiles of mom's at the grocery store, behind those compassionate eyes I can feel them saying "I'm so glad it's you and not me." But you know what? We love our kids unconditionally just like every other parent out there. We aren't doing anything extraordinary.

I'll never forget the day it happened. A friend had sent me a Huffington Post article called 7 Things You Don't Know About a Special Needs Parent. It talks about how we feel tired, alone, scared, and a number of other things. As I clicked on the link and started to read I related to some but not all of the points. Then I thought, "wait a second... I'm a special needs parent!?" Ellie was already a couple months old and I never made the connection. But then I realized something pretty amazing. I had just joined the ranks of two other pioneer women in my family. My mom and my Grandma Hattie were also special needs mamas. And they were damn good at it.

I would like to tell you a little bit about my awesome Uncle David. He was born in 1947 and was the baby of his family, with two big sisters and 3 big brothers. He was an absolutely gorgeous boy. Our Luke inherited his beautiful brown eyes.
Without going into too much detail I would like to share the story of what happened to my uncle. It was Christmas in 1953, David was 6 years old. He asked his parents for a new bike for Christmas. They lived in the hills of Oakland, and didn't feel comfortable buying him a bike just yet, "maybe when you are a little older" they told him.

My mom said that every birthday she and her siblings would receive $5 as their gift. David's 7th birthday came along in April and he was determined to have that bike. He went over to the neighbor boy's house and bought his bike for $5. What David didn't know was that the bike had no chain. As he coasted down the hill, his attempt to stop the bike was unsuccessful. He was hit by a car, and his head was ran over. David's life, my mom's life, my aunt and uncle's lives, and my Grandma and Grandpa's life was forever changed in that instant.

My son Will is 7. I can't help but think of my Grandma and Grandpa and envision the gut wrenching pain of almost losing your child, then to have to come to terms with the fact that your child will never be the same. It's something no parent should ever have to face. My Grandpa passed away from cancer when David was 12, so my Grandma raised him alone from then on. I never sensed an ounce of bitterness or anger from my Grandma. She was an amazing and strong woman in my eyes.


David grew to be a gentle and loving man. He had a huge heart and loved animals, movies, and his great nephews Will and Luke. He had a laugh that was booming and it always put a smile on your face. He was tall, at 6'6" with a signature walk. He was known around his town of Yamhill. At first people would shy away from David, with his loud voice and awkward gait. But after living in Yamhill for a couple of years the people in town grew to know and love him. He lived with my Grandma until her death in 1996, and stayed in that same house until his death in 2010. We loved our Uncle David, and I miss him so much.
My brother Danny was born in 1965. When he was 6 weeks old he had surgery on a hernia that was coming out of his belly button. My mom thinks that he was under the anesthesia too long, because when he returned home he was a different baby. He was slower, lethargic, he had changed.

At age four he had a horrible bout of chickenpox. The spots were all over his body, inside his mouth and appeared to go down his throat. At one point he stopped breathing and turned blue. My dad had to perform CPR and was able to bring him back to life. It's unknown if the anesthesia caused my brother's delays, or if it was the lack of oxygen to his brain when he was four. My parents were never able to get a solid reason from the doctors.
It is so interesting talking to my mom about my brother, or her brother David. My mom dealt with the school systems, fought for Danny's education, promoted love and inclusion and acceptance. I never really paid attention to it though, it was just threaded into my existence. I have never felt burdened by him, ever. My brother is my brother. He is awesome, funny, lovable, and an awesome uncle to our kids. Now at age 49 he is crazy busy with church, President of a non-profit group for people with intellectual disabilities, volunteers, has tons of friends, and is an all around busy dude. He also lives on his own and is doing great, he's a role model for his niece Ellie that's for sure. His 50th birthday is coming up in April next year and you better believe it's going to be one epic party!

I was born into this family, with my Uncle David (who we called "UD") and brother Danny as an integral part of who our family was. So I think when Ellie was born I had the moments of panic and fear of the unknown, but the fear was dulled. I knew we would be OK. I love my daughter with my whole heart and I am going to fight for her, and my boys. Just as my mom and Grandma fought for their kids, all of them.
I guess the point I'm trying to make is that there are no guarantees in life. We don't know what the future holds for our children. We love them, guide them and help them spread their wings. I'm so grateful to follow in the footsteps of these two women who have helped to shape who I am as a mother. I can only hope to do as good of a job as they did. Special needs or not, I think every mother does their absolute best for their children. There's nothing special about it, it's just what we do. 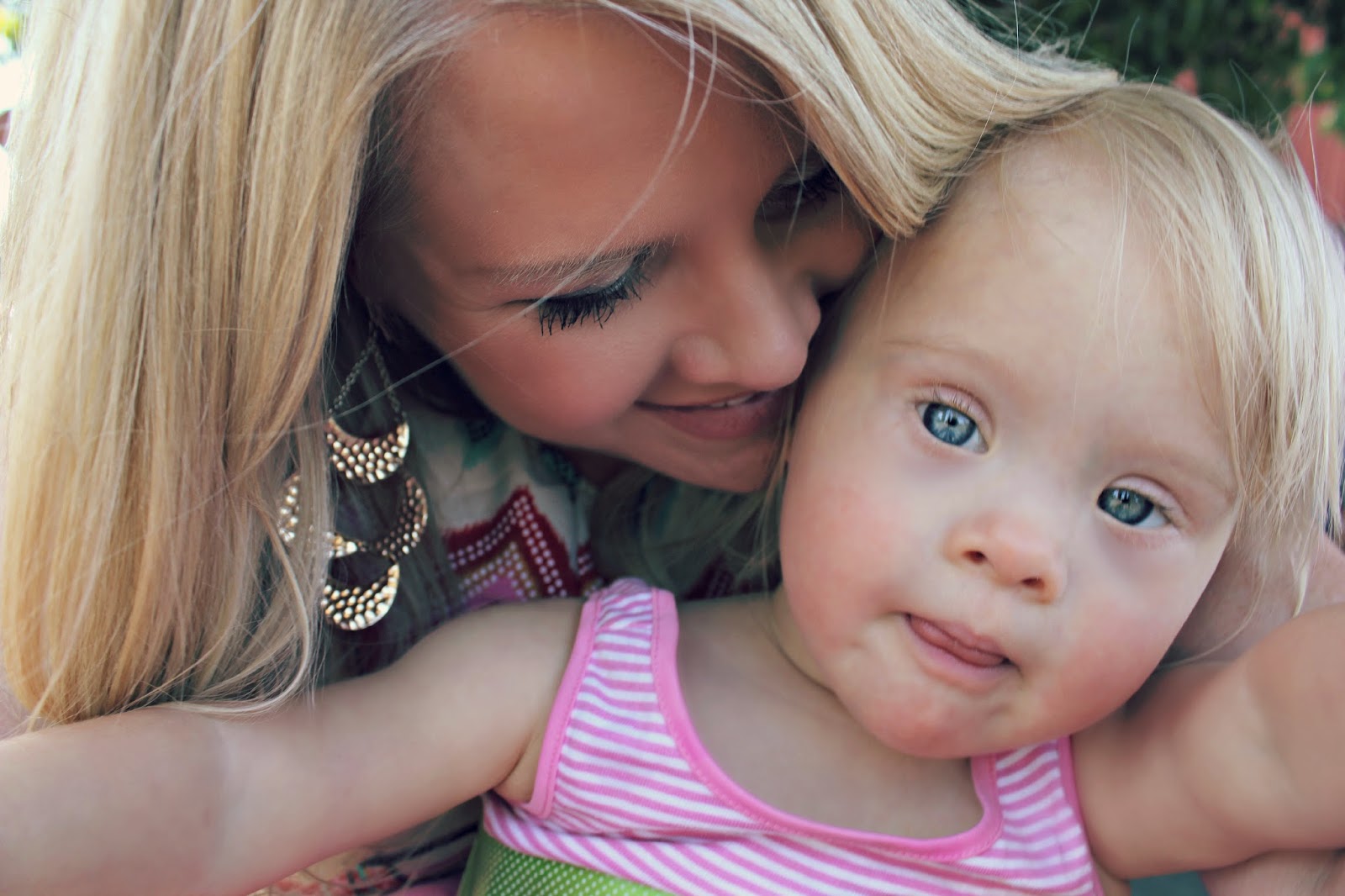 This week's song came to me today as I was cleaning up the house and trying to decide if I wanted to post this or not. I have a lot of blog posts just sitting in there in "draft" form, because I don't have enough courage to post them. These lyrics spoke to me:

Ben Harper - Beloved One (Acoustic)
Posted by Our3LilBirds at 2:11 PM